As of Friday, oil is on day 36 of its current daily cycle. This means that the cycle is mature enough and extremely right translated which is good for the assumption that we are in for a major price move higher towards years end. Oil printed a rather large weekly reversal candle this week and crude oil negated the breakout of the July highs. Given all the evidence it is possible if not likely that the daily cycle topped on Wednesday.

I’m going to put extra weighing on brent for finding a bottom for this DCL and here’s why: Brent has been leading the oil market during this extremely powerful first daily cycle, brent poses a much clearer target zone for the next DCL compared to WTI and frankly brent has just exhibited cycles a lot better than WTI this year. Looking at brent, a potential spot for a DCL would be a retest of the breakout at around $80 which also offers round number support. We have 38% Fibonacci support at $80,45 and the 50% support at $78,50. A brief tag of the 50% Fibonacci retracement would signal a false breakdown of the breakout and would be quite ideal for a DCL to bottom. However, this is not a given and taken how aggressive this first daily cycle has been, it’s entirely possible that the DCL will occur as a brief tag of the 35% rather than the 50% retracement.

The intermediate cycle is only 7 weeks old and has been extremely strong so far. The last intermediate cycle ran over a year and even if we’d get a short cycle to balance the overextended previous cycle we should still have lots of upside potential. Thus, the next DCL should be bought hard as it seems to me that we are transitioning into the parabolic (final) phase of a bubble in oil. Even if the bubble will be pushed out by a year to next autumn based on the current setup the next DCL is likely a great buying opportunity. Always keep in mind risk management.

For the short term; In anticipation of a move to a DCL I wrote some front month calls on my spring 2019 CL calls on Friday and so I’m delta neutral and theta positive for now.

It looks like we are finally moving into an ICL in stocks which I’ve been waiting for the past month or so. Since the last ICL in stocks occurred in February this intermediate cycle is extremely right translated and way overdue for a correction. If we are to get a natural correction, the S&P500 should break its intermediate uptrend line. In theory, we should get at least one failed daily cycle which would suggest a correction falling all the way down to 2690. Since the intermediate cycle is so stretched I think that the odds are in favor for a large washout during the next week or two and that’s it for the ICL.

I discussed the possibility of stocks transitioning in to a bear market in the previous weekly report. No matter if this is going to turnout right, the next ICL should be bought as rallies out of ICLs are almost always big enough to trade no matter which market. If we are to make now highs, even better for a long trade out of an ICL.

Euro should find a daily cycle bottom rather soon if it didn’t do that on Thursday. Since (according to my charts) eur/usd printed a one pip lower low on Thursday we have a daily swing low in place as of Friday. In addition to this we have oversold daily stochastics and 5 day RSI, the 10 DMA is falling and we’ve broken the daily cycle uptrend line. All qualifications have been met and so now it’s just a matter of when.

I still have faith in the rubber band theory which suggests that the euro should be in the advancing phase of a new intermediate cycle which should run for many weeks to come. Vice versa, the dollar should be in the declining phase of its intermediate cycle which should result into price dropping to lower lows. If, however the dollar is still in control of the currency cycles and rallies past 97 then euro, gold and gold miners are in serious trouble towards the end of the year. This is not the scenario I’m looking at the moment but as we saw in the April – May euro selloff, anything is possible in the currency markets.

Gold has been in the same waiting game with the euro for the past 4 or 5 months. As with the euro, I think that the previous intermediate cycle should have bottomed many months ago but here we are. This month is the make or break for gold since the picture gets a lot darker if gold breaks the August low and stays below that. I’d give rather low odds for a scenario where gold would briefly undercut the August low as that would extend the intermediate cycle from an absurd length of 35 week to an almost incomprehensible 43+ weeks. Keep in mind the intermediate cycles have been stretching from the average since 2015 yet the longest before this was 30 weeks.

Besides gold printed a good looking weekly candle and spot price of gold closed above the 10 week moving average for the first time since April. We should get follow through next week which could turn out to be explosive.

For now, I’m still long and optimistic about gold on short, intermediate and long term. The dollar is posing extreme optimism in what is presumably a bear market and gold is posing extreme pessimism in what is presumably a bull market. This situation should reverse sooner or later, and I think that we are now finally in a turning point. I would get very cautious if the dollar keeps acting strong as that would mean large headwinds for gold. Looking at the weekly charts, I’m still very bullish on gold and bearish on dollar. 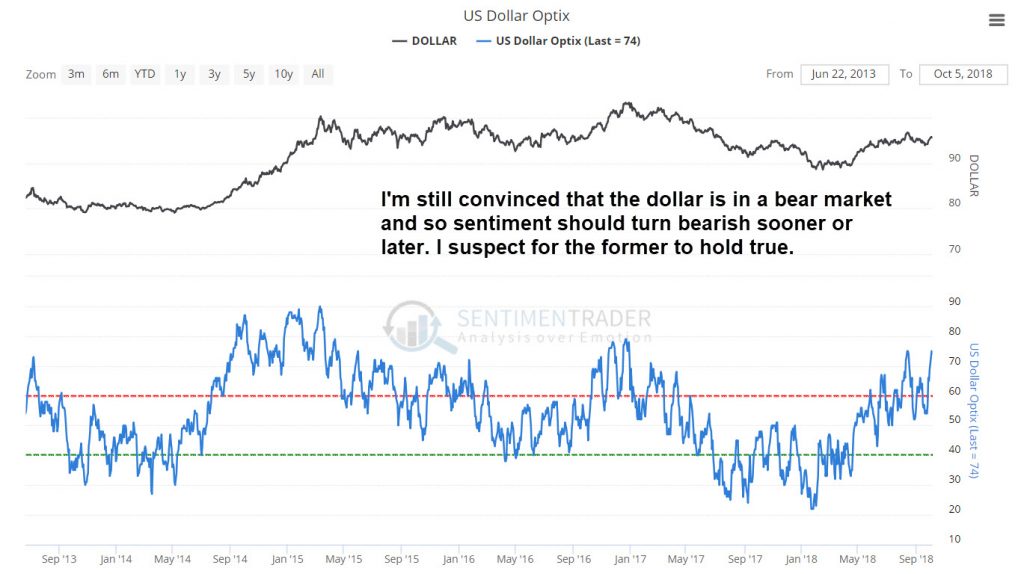 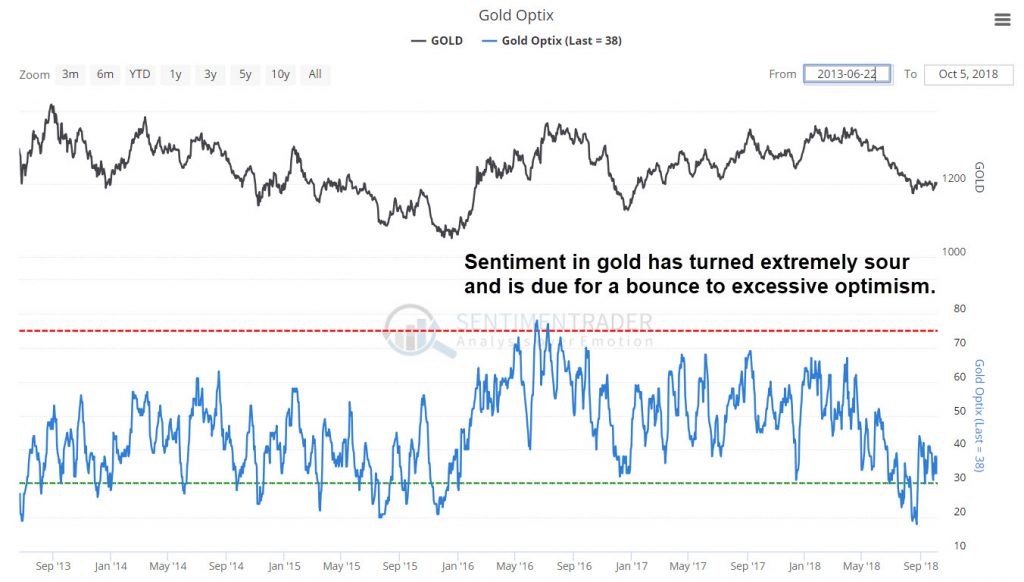 Despite how gold is going to turnout, silver is largely an industrial metal and so there is real potential for physical shortage at these prices. This fact coupled with the historically out of balance gold to silver ratio suggests that no matter how gold will turnout, silver will at least outperform gold in the years and probably months to come. Silver has been squeezed between the 10 and the 50 DMA and this squeeze should resolve next week. Based on all of the evidence I’m looking at the squeeze should break higher even if we see a false breakdown early next week.